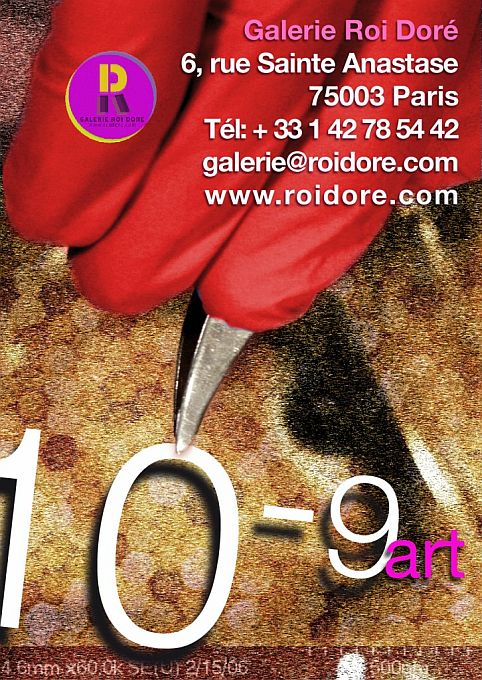 The Gallery Roi Doré organizes the 1st edition of the International NanoArt Contest in tribute to Professor Tadeusz Malinski.

Professor Tadeusz Malinski is a world-renowned expert in the field of medicine, pharmacology, and chemistry, a pioneer in the field of nanomedicine and has been nominated twice for the Nobel Prize in Chemistry and Medicine. However, his work remains little known to the general public. NanoArt Contest aims to promote research and to honor Professor Malinski’s innovative work, offering at the same time new sources of inspiration to the artists.

Thus, the Contest is part of a centuries-long tradition of the relationship between art and science, offering it at the same time a new dimension by referring to advanced technologies.

The winner of the 1st edition of the Contest was Janusz KAPUSTA.

During the first edition of the Contest – being a part of the celebrations of the 4th edition of “Journées Nomades“, organized by the Town Hall of 3rd arrondissement of Paris – Professor Malinski delivered a lecture at the Polish Library of Paris entitled “The heart can beat longer”, presenting his scientific achievements. A recital by Frederic Vaysse-Knitter, performing works by F. Chopin, C. Debussy and K. Szymanowski was also organized at the Polish Library.