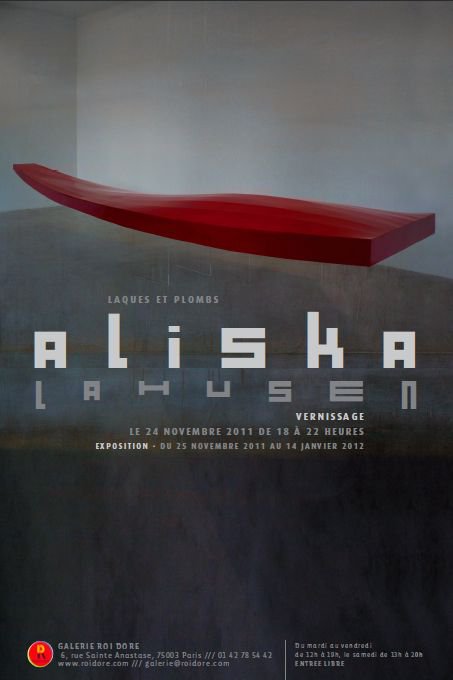 The exhibition presents the works of Aliska Lahusen, a deeply original Polish artist, living and working in France.

Aliska Lahusen often works with lead – a material reputed to be austere. After the intervention of acids, polishing, and painting, the lead leaves which become like skin with the sensitive epidermis, almost vulnerable despite its dull and cold appearance. Lahusen designs two- and three-dimensional works in large formats with deliberately simple shapes but which differ from Minimalism by their spiritual dimension.

Learn more about the exhibition
We use cookies on our website to give you the most relevant experience by remembering your preferences and repeat visits. By clicking “Accept All”, you consent to the use of ALL the cookies. However, you may visit "Cookie Settings" to provide a controlled consent.
Cookie SettingsAccept All
Manage consent