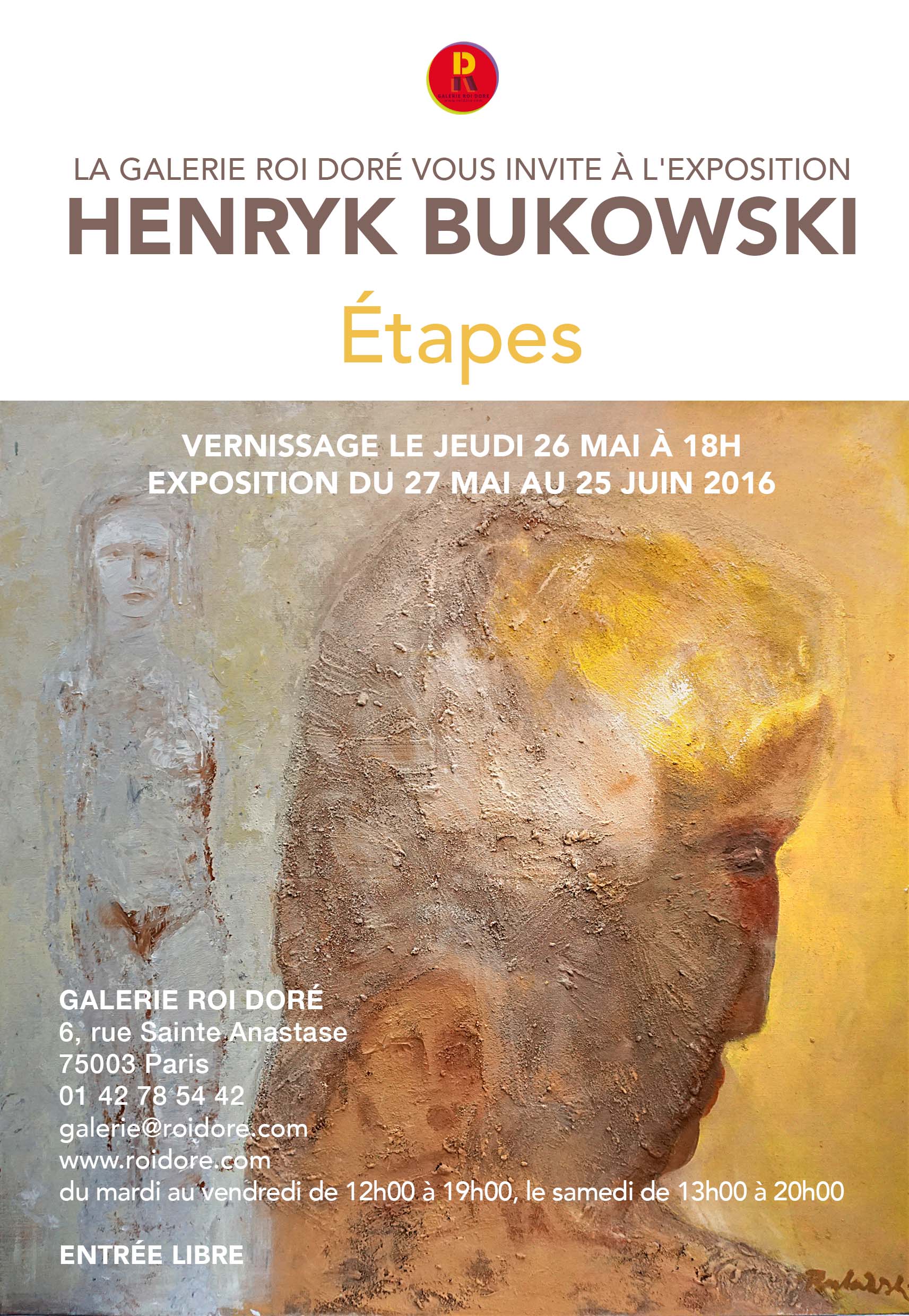 The exhibition Henryk BUKOWSKI – “Stages” offers a large panorama of artist’s works, ranging from the 1970s to the early 2000s.

Bukowski’s long and successful career can be divided into a few major stages, marked by his journeys and often by important stylistic changes in his art. However, the painter’s evolution is a logical series of experiences on the matter and form, resulting from completely coherent research rather than from the violent and abrupt changes. Thus, already in the 1970s, his works tend toward abstraction; the artist focuses above all else on the thick matter and limits his palette to the shades of grey, animated here and there by areas of the more lively colors. This trend continues in the 1980s when Bukowski starts insisting more and more on the contrasts between the „incolor” (black or white) areas and the colorful elements and between the smooth parts and the thickening of the matter, which results in the apparition of elements in relief.

Learn more about the exhibition