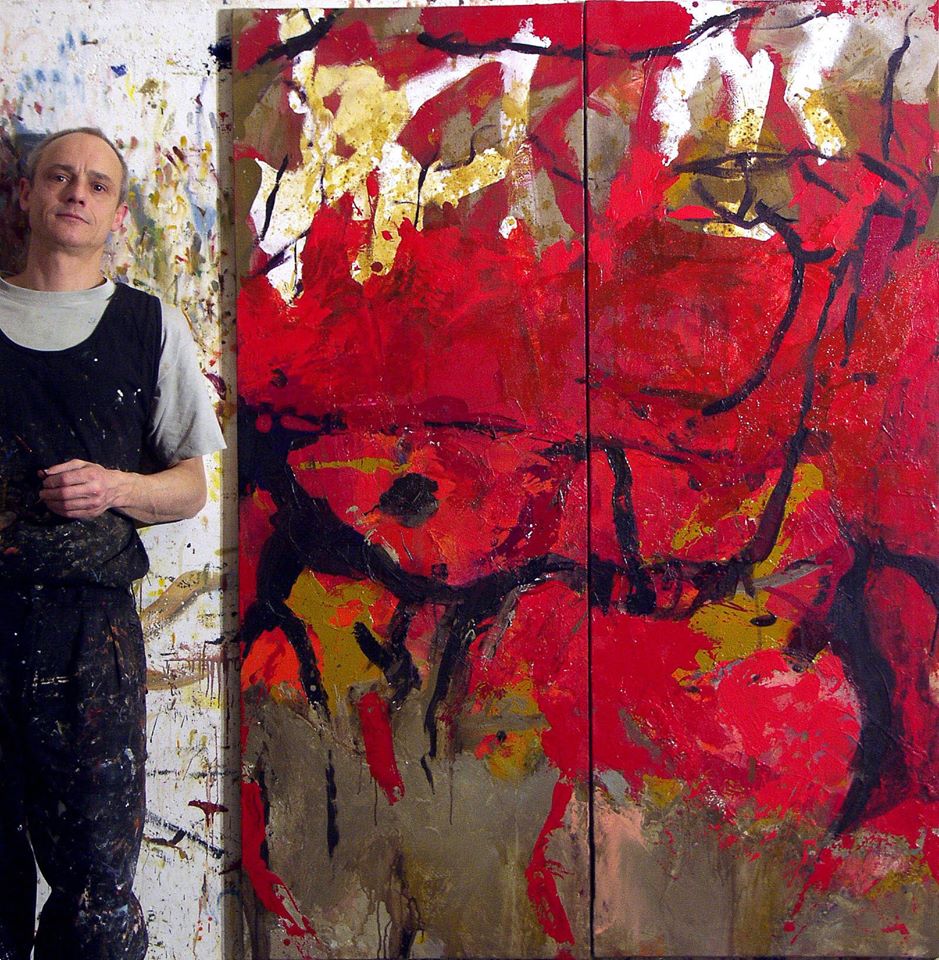 Piotr Strelnik was born in 1956 in Lublin, Poland. He studied at the Fine Arts high school in Lublin, then at the Fine Arts Academy in Warsaw, where he specialized in graphic arts and drawing. There, he made his first monotypes inspired by psychiatrist Dabrowski’s writings about psychoneurosis.

He settled in Paris in 1983 and turned definitively to painting. As he remarked: “I knew the history of art and for the first time, I had a studio at my disposal.” Thus began a very productive period, during which the artist explored both his Polish roots and his knowledge of the history of art. These are reflected prominently in his works, especially in the early ones, which combine the influences of movements such as Fauvism and Neo-Impressionism, as well as the impact of artists like Cezanne, Van Gogh, Larionov and especially Chaim Soutine.

At that time he also began experimenting with different materials, for example, changing from canvas to cardboard which gave him a possibility to capture his ideas in a more immediate way and thus offer him greater freedom of expression, allowing him “ to paint as we draw “. His works of the 1980s and 1990s are still figurative, but gradually Strelnik evolves into non-figuration.

In his recent works, the identifiable motifs disappear completely and one can only sometimes guess a few bits and pieces of landscapes in the broad surfaces of relative uniform colors and in the powerful strokes. Strelnik dissolves the form in favor of the touch and passes from the perspective to the suggestion of depth. However, both his figurative and non-figurative works are characterized by simplicity and harmony of composition and color.

He has exhibited in more than fifty individual and collective exhibitions. He also participated in prestigious fairs such as Armory Show, Art Miami, Art Chicago, Art Cologne and Art London. His works are part of major private collections around the world.